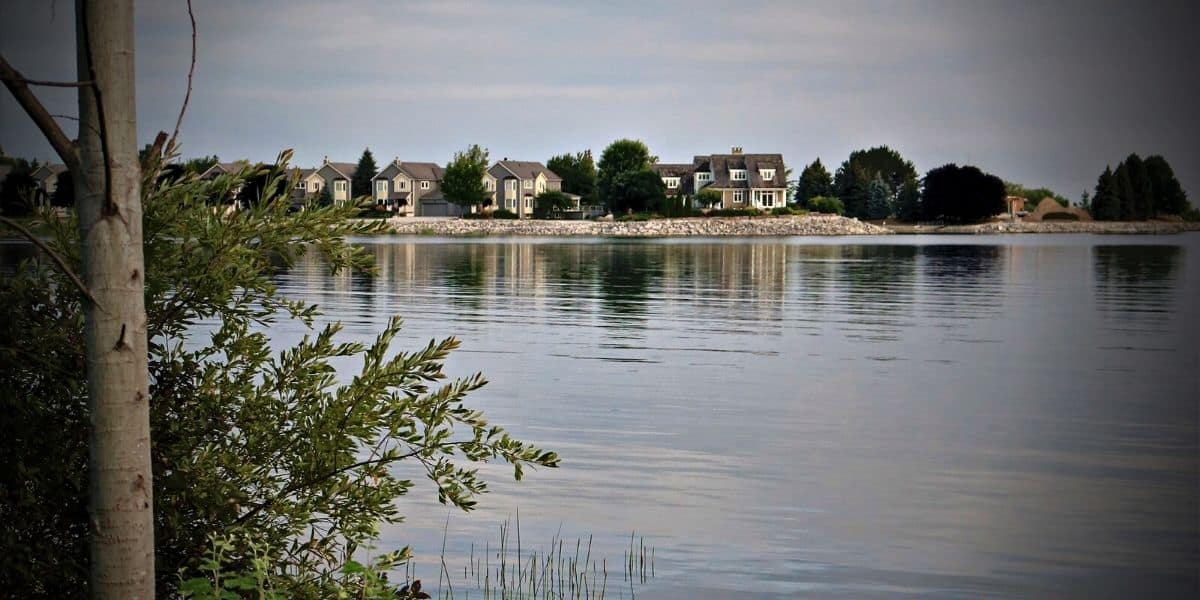 One of the most exciting sights and sounds that gets every carp angler’s heart pumping. The telltale  of a carp breaching the surface. Any angler that has fished a body of water where carp are located has either heard or seen these large fish jump, which leads to the question, what is the purpose of such a large fish expending the energy to jump if not for a meal?

Why Do Carp Jump?

The main reason carp jump is to clear debris from their gills. When foraging for food, carp gulp sediment from the bottom and filter out the edible bits. During this process, some particles get lodged in their gills as they are expelled. A jump clears the gills of these particles.

The majority of the time I spot carp jumping is when they’re actively feeding over top of a pre-baited or natural feeding area. One thing is for sure, if you spot carp jumping in a specific area, it’s always worth casting a bait on top or near them.

Other Reasons Why Carp May Jump

This article pertains to the Common Carp and its Subspecies. I will touch briefly at the end on other species of Carp and why they jump.

I have spoken with many anglers on why carp jump and have found it to be quite an opinionated subject.

No one knows the exact reasons why carp jump. There are many theories and ideas that differ between most carp anglers. I believe the main reason is to clear silt and debris from their bodies and gills while feeding.

I will briefly detail other theories below and you can decide for yourself which is the most likely theory.

Types of Carp Jumps and What They Might Mean

There are many different jumps that carp perform and there could be multiple meanings behind each action. From clearing the surface completely to merely peeking out of the water, listed below are different types of jumps I have seen.

An awe-inspiring sight to see when such a large fish clears the water completely and comes down in a great splash.

Just the Head of the Carp Clears the Water

I have seen this many times when a carp will slowly poke its head out of the water. Many anglers think carp do this to gulp air to help regulate their swim bladders.

Often referred to as a “roll” I have spotted this many times while carp angling in deep and shallow water.

Carp Splash and Jump During Spawning

It is no secret that carp splash and jump during spawning in spring. Many people, not just anglers, witness this as carp seem to lack all fear of being visible in the shallows while spawning.

I witnessed this in my younger years while bass fishing. I was knee-deep in a shallow bay of the St. Lawrence River. As I sloshed through the water I noticed a giant “V” form on the other side of the bay and come straight towards me. I froze right where I was and the “V” disappeared. As I gained the courage to move again the “V” waves appeared and came straight at me again! I couldn’t see what it was in the murky water but it felt as though a log rammed into my right thigh.

At the time I didn’t know about the spawning habits of carp. Looking back on the experience now I can clearly see that it was a carp seeking a mate in the muddy water.

Another theory I have heard is that carp jump to loosen their eggs before spawning. I don’t believe this myself as I see carp jump throughout the year not only while they are spawning.

Jumping is a tactic used to dislodge any parasite or debris that happens to be bothering them.

In the past when I’ve spotted carp jumping completely out of the water, was mainly when they were in deeper water. Moving quickly from deep water to shallow water can make their air bladders swell.

I have heard a lot of opinions on why carp jump. One is that they jump to stabilize their swim bladders when they are active in deep water.

Jumping fully out of the water and splashing down on their side is said to force the air from the swim bladder thus stabilizing it.

It is also said that carp will pop their head out of the water to inhale or gulp air into their swim bladder to regulate their balance in  water.

Carp Jump in Search of Food or while Foraging

Other species of fish such as northern pike or bass crash to the surface mainly in the search of food. Using topwater baits to target these species is one of the most exhilarating forms of fishing.

Although carp do feed on the surface, I don’t believe they actually jump when they do so. Unlike other predatory fish that move with speed and splash loudly in their attempts to catch their prey, I have noticed that carp are more stealthy.

Carp will slowly swim up to the surface in search of potential food or baits and inhale it while barely breaking the surface. It can be quite exciting to see such a large fish stalk and inhale your bait.

On many occasions, I have believed that carp jump just to taunt anglers! Especially on those days when you see them jumping and splashing all over the place but go without a bite all day. Perhaps carp just have other things on their mind than eating.

Carp Jump Due to Water Quality and Lack of Oxygen

According to some the ph value and oxygen levels in water can affect whether carp jump or not. I would find it very hard to prove that this is true.

This is an answer that I’ve heard in the past but not believe to be true myself. I have fished many bodies of water that are crystal clear and highly oxygenated and still see carp jump.

When carp are young they are often preyed upon by pike, bass and cormorants. If you see many small carp jumping in shallow water it may be due to the fact that they are trying to escape predators.

If large carp are jumping it is not likely due to the fact that e are predators about. There are not many, if at all any predators in Canadian waters that would be able to handle a full-grown carp.

If I were a carp I would surely want to jump!

Silver Carp and Bighead Carp – Jumping as a Survival Tactic

Silver Carp and Bighead Carp are two species of carp that jump to escape predation. When they feel vibrations in the water they quickly bolt to the surface and jump clear of the water.

This has become quite an issue in the United States and many YouTube videos have been made of this phenomenon. When motors boats pass nearby to these fish the vibrations of the motor trigger their natural response mechanism.

It can be quite hazardous for boaters travelling at high speeds as when they come across large schools of these fish, many of them can jump from the water at once.

One thing for sure is that when carp jump it is a definite indication of where they are most active on any given day. It is worthwhile to move and follow where the fish are most active. Many a blank session has been avoided by moving from a pre-baited location to where the carp are spotted jumping. 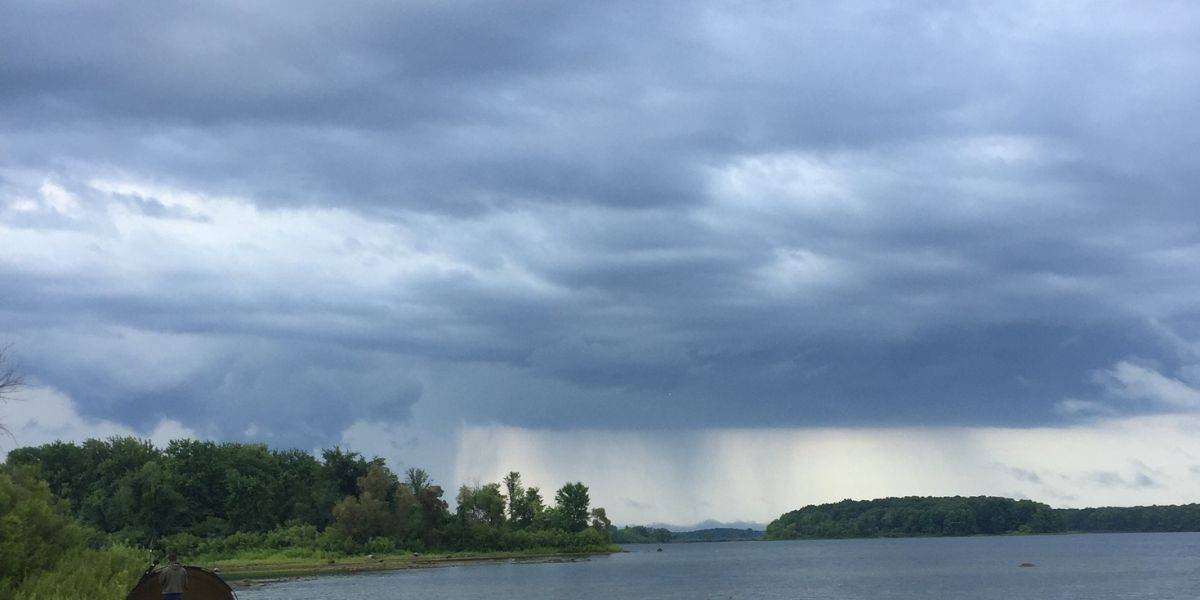 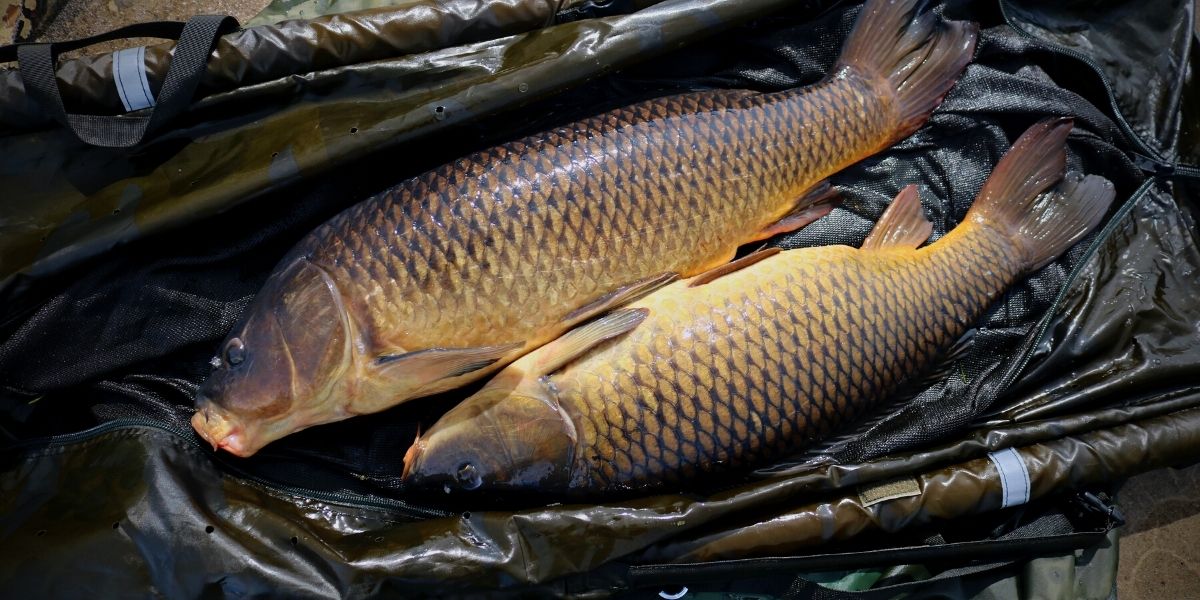 This is a topic that has been of great debate between many anglers. I will try to answer it to the best of my ability… 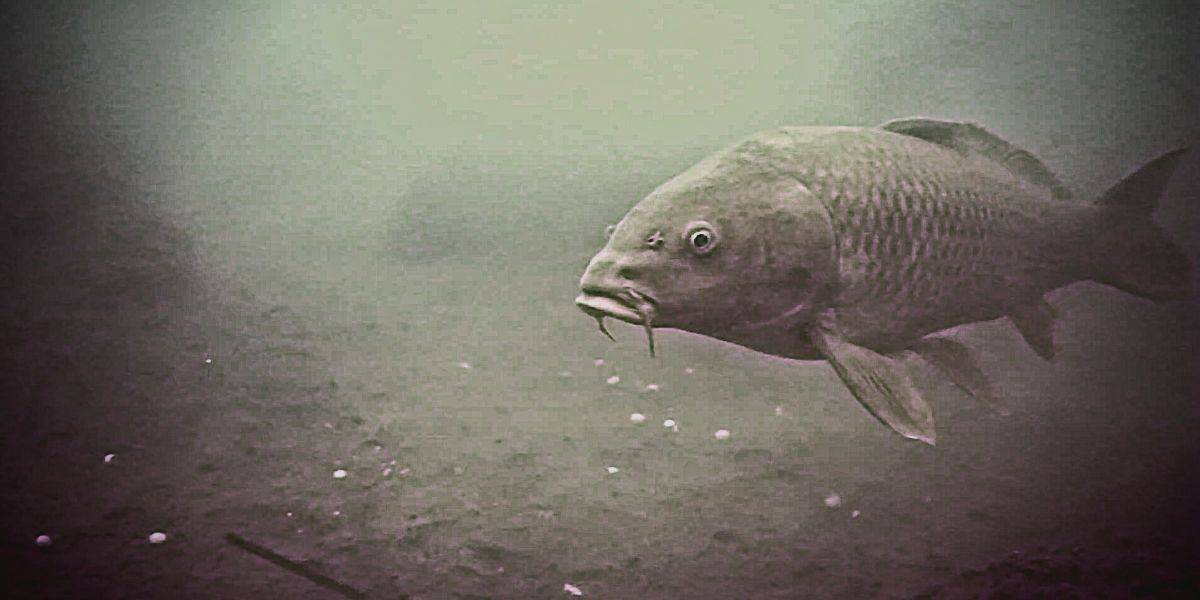 I am quite lucky where I live, the majority of waters that I target carp in are crystal clear. However, there are a few bodies… 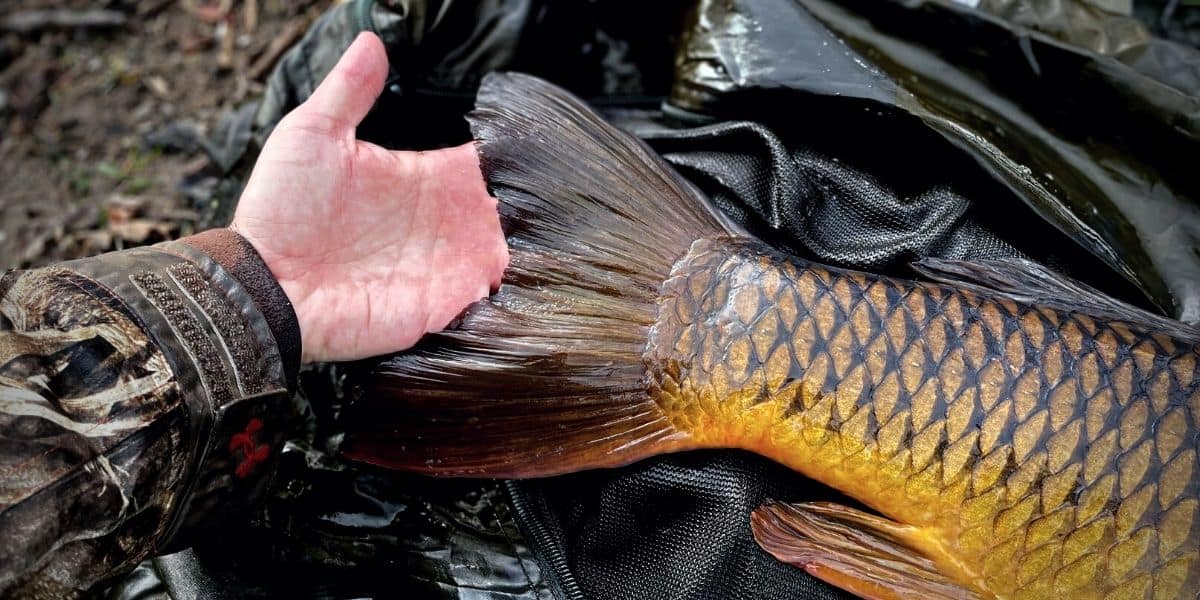 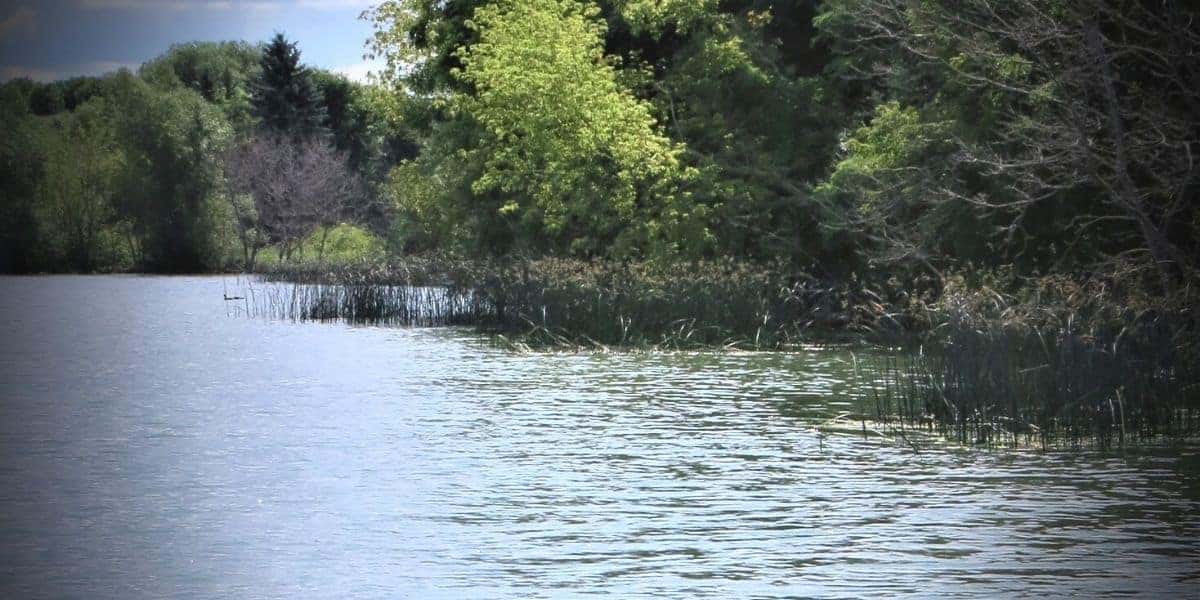 Fishing for Carp while they’re spawning can be a very controversial topic among carp anglers around the world. Some are of the mindset that you… 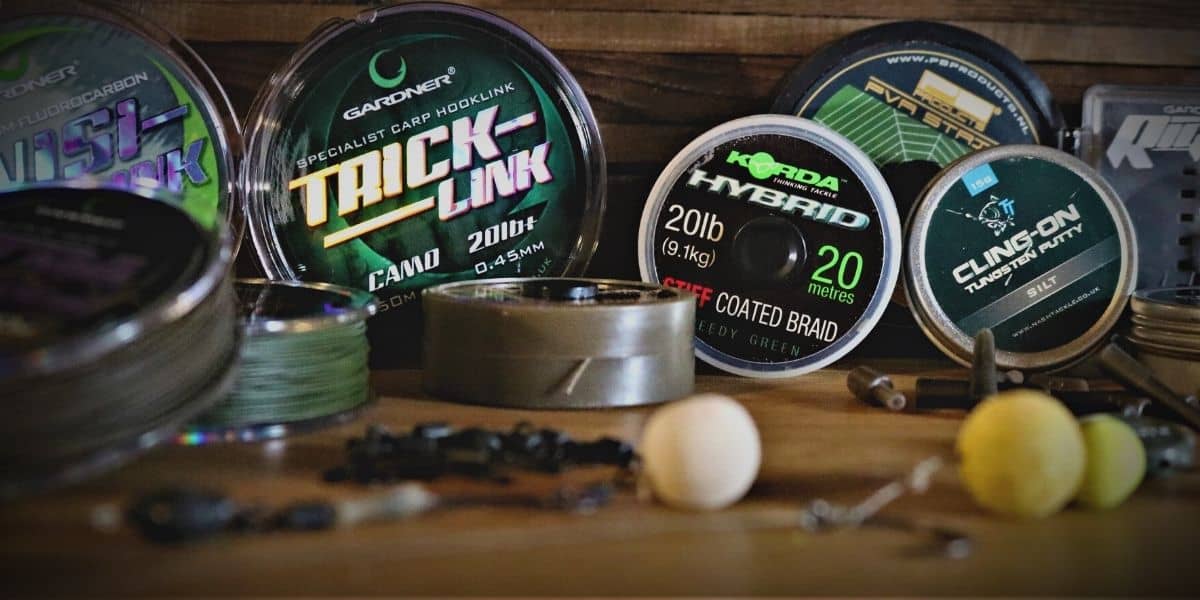 When I first began trying to catch carp over 20 years ago, it was near impossible to find specific carp fishing tackle in North America…. 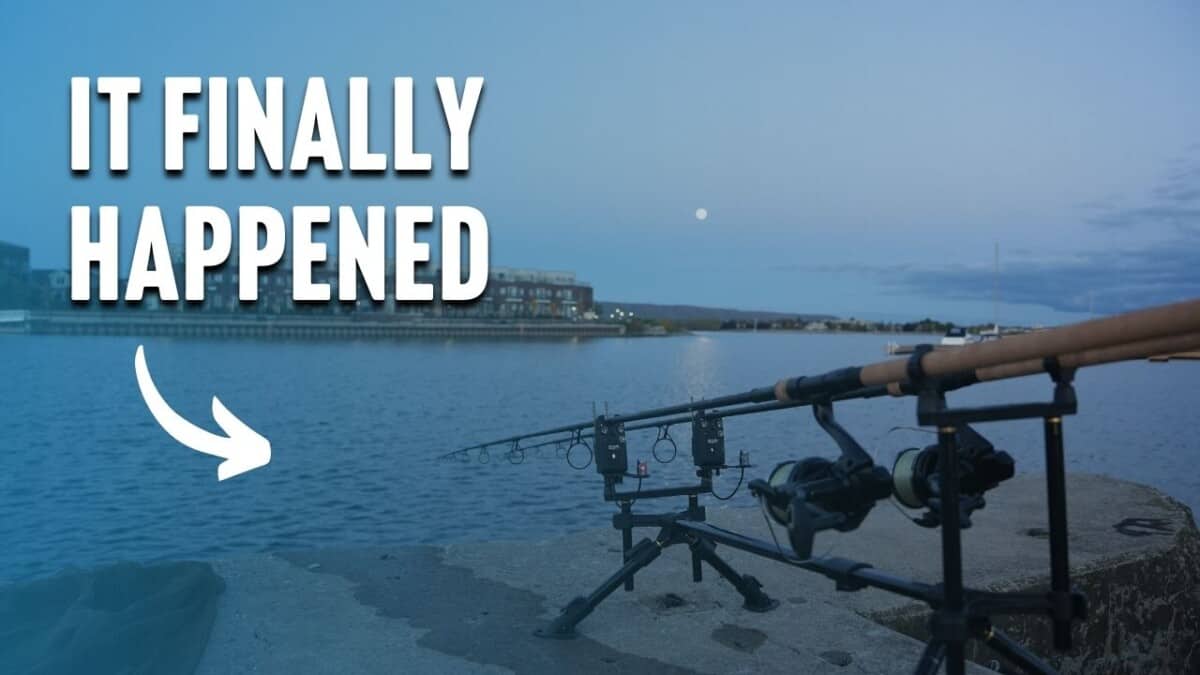